When did the Irish become English, and vice versa? 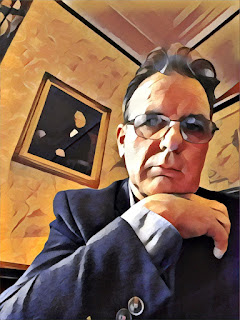 Driving home for the weekend, I pass three garden centres and two car valeting services.  Back in the old days (70s and early 80s) we didn't wash our cars and we didn't plant flowers.

The English were always standing beside gleaming Escorts with hosepipes and chamois, or they were sprinkling seeds and tucking tulip bulbs into freshly turned earth.

The reason we didn't wash our cars was because we were afraid the brittle islands of rust that held the things together would be washed away by soapy water.

We didn't plant stuff because we were all renters, and if you improved the appearance of the place,  the landlord would be obliged to raise the rent.
"The nasturtiums are very nice, Sean, but I'm afraid they'll add an extra two pounds fifty.  Take down the hanging baskets or I'll be forced to make it a fiver."

And look at the Brits, referenda and political confusion.  A division between north and south.  Frustration with the Unionists.  A sense of being bullied by a larger neighbour... 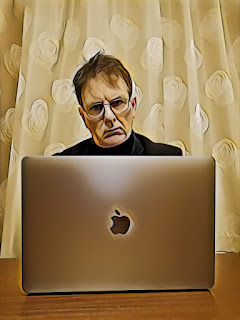 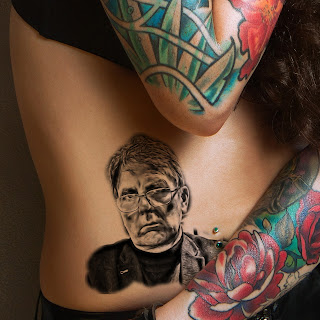 Okay, you're at the South Pole. It's 40 below.
The polar bears are jogging to keep warm.  In fact, they've jogged all the way from the north pole, their normal habitat (Hey, I check this stuff before I post it.)


You're a detective, on the trail of a sadistic serial killer who is posing as a penguin hunter in the lowest of latitudes.  Your only clue is the fact that he has a pair of distinctive tattoos:  A grey wolf on his shoulder and a condor on his upper thigh.  How do you find him?

Easy.  The bastard will be wearing shorts and a sleeveless shirt.

You know what would be really cool and 'out there?'  INTERNAL tattoos.  A remote control needle inserted into your lower latitudes.  "Mom" written on the top of your spleen.  How about a full sleeve tattoo on the inside of your arm?   Or a tramp stamp that will only ever be seen by a proctologist?

In fifty year's time the orderlies in the nursing home will be laughing their asses off when they're giving Conor McGregor a sponge bath.
"Hey, Mr. Mac, what's that thing on your chest?  Kinda looks like a dried-out aubergine with a splash of ketchup on in."
"It's a futtin' gorilla with a futtin' crown on his head and a futtin' heart in his mout'"
"And this one, on your wrinkly old arm, what does it say?  Something about a moose?"
"It's the futtin' Navy Seals motto. Slow is smooth, smooth is fast."
"And that's a leopard on your belly?"
"It's a futtin' tiger."
"Right.  It's just, the moles kinda look like spots."