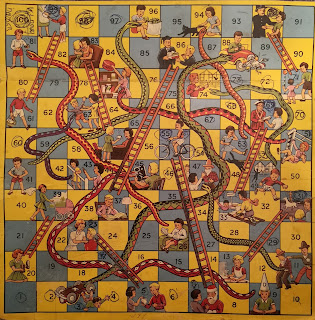 This is the sort of stuff you find when you're spring cleaning...


A childhood game of snakes and ladders.  And it took you fifty-odd years to discover the message hidden in plain sight:  Every action has a consequence.  The industrious boy at No. 37 zooms up to No. 86 whilst the sociopathic girl torturing the cat at No. 94 is rewarded with a slide all the way down to 53.

The boy who plays with matches ends up with bandages the size of boxing gloves and the little girl who washes the dishes gets to see the one-trick pony at the circus.  And yes, it's true that boys get rewarded for being heroic and the girls get kudos for domestic chores.  And for sure, no surprise, the boys get the longest ladders, but they also have to deal with the most treacherous snakes.

Growing up, I couldn't say how many times we played this game, but I never noticed any of it.  It probably explains the complete lack of morality and human decency, plus the urge to drive over chickens and smash glasshouse windows.
at April 20, 2020 No comments: 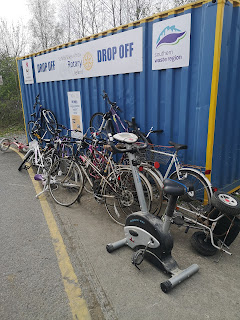 It's great to know that helping disadvantaged kids in Africa is a priority on this little island of ours...

A special thanks to the dude who dropped off the clapped-out exercise bike at the Rotary School Bikes Africa collection point in Dunmore.

The PM is Erect! 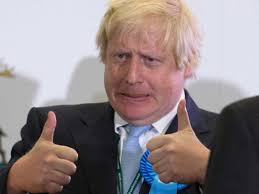 According to the Guardian/BBC/Telegraph and Financial Times -- "He's sitting up in bed!"

Yes, once a man can sit up in bed, he's a-okay.  A vertical posture on the old mattress is what modern doctors use to confirm a diagnosis of wellness.

"How's your patient, old chum?"
"Damn bugger is lying down."
"Dashed bad luck.  I expect you tried everything to get him into an upright position?"
"Extra pillows and a couple of sturdy nurses."
"I believe a ferret in the pyjamas has been known to work."
"I'm a firm believer in the old hot cup of Bovril."
"As a drink?"
"No, as an enema."

The One Show on BBC has received complaints regarding advice issued about at-home hair dye.

Hairstylist Michael Douglas appeared on the show to discuss hair care and maintenance during isolation, as people can longer visit their usual hair salons.

Michael said:   "If you want to cover grey hair... The stuff you buy in the supermarkets is the exact same stuff that gets used in the salons... "

The advice, however, sparked a backlash as many expressed concern about the safety of home-dye kits.

Hairdresser Fiona was "disgusted that there was no mention of patch test."
Hairdresser Jeannette was "so shocked."
Hairdresser Sheralynne was "very disappointed." 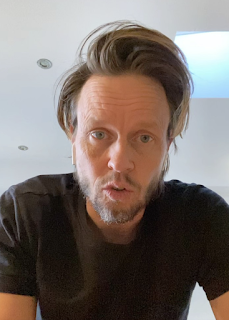 THIS is stylist Michael Douglas.  Look closely and you will notice that he is a bald man with lots of hair.  His hair advice should be regarded with suspicion.
at April 02, 2020 No comments: 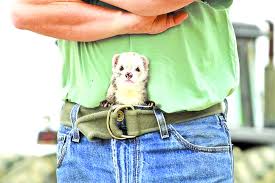 The EU would probably insist on gum shields for the ferrets and chain-mail underpants for the contestants.  Is it any wonder that Brexit is happening?
at April 02, 2020 No comments: