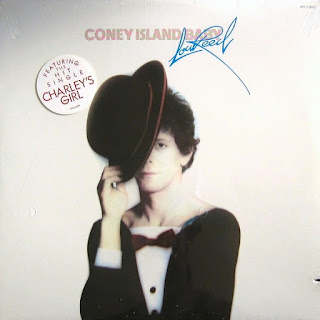 I was doing some work on a short story when it happened.  The trapdoor in the Internet opened up and I fell right in.

Next thing happens, that Lou Reed Song starts playing in your head, especially the lines…


"I'd like to send this one out to Lou and RachelAnd all the kids at P.S. one-ninety-two
Man, I'd swear, I'd give the whole thing up for you."
And you start wondering about Lou Reed’s one-time trans lover, Rachel.  Whatever happened to her?  She’d be in her seventies if she was still alive.

Gotta go down through the trapdoor to check it out.  Down into the New York demimonde of the 1970s and 80s.   Rachel Humphreys, birth name Richard Humphreys.  Club 82 in the East Village.  That great anecdote about Lou Reed’s night at Narcotics Anonymous when a very upset gentleman yelled at him, “How dare you be here.  You’re the reason I got into heroin.” 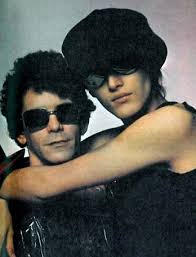 Did Rachel get into hard drugs too?  Some people said yes and some people said no. In 1983 or ’84, her life with Lou was past history and she was living in a dive on First Ave, between 5th and 6th Streets.

The trapdoor leads to a bunch of dead ends featuring David Bowie,  Lester Bangs and the Meat Packing District.  And then a secret passageway opens up and you’re out on Hart Island, where New York’s poor and dispossessed got buried.

There’s a record for a Richard Humphreys who died in 1990, St. Clare’s Hospital in Hell’s Kitchen, possibly from AIDS, aged 37 --the right age--.  Buried unclaimed.  It may not be the end of the story, but it is for me.  I re-emerge in my office.  Coney Island Baby no longer plays in a mental loop.  Now it’s Lou reed's Dirty Boulevard.  But I’ve got work to do and I can’t go chasing after this one.